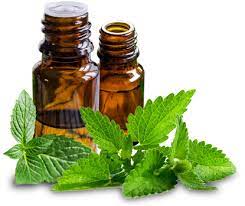 For Online Shopping   For Bulk Enquiry

Spearmint oil belongs to the mint family. It has a minty and sweet smell, which is extremely refreshing. Spearmint oil derived from steam distillation of leaves of menthe spicata grown in India. One of the major components is l-carvone and limonene and it has major use in oral care and chewing gums, perfumes, cosmetics, analgesic balms, ointments, lotions, creams, tooth paste shampoos and conditioners. The appearance of Spearmint oil is straw yellow to light yellow and has a strong and penetrating odor.

History of Spearmint oil: Being counted as indispensable by the ancient Greeks to scent their bathwater, the spearmint oil has had the reputation for curing sexually transmitted diseases like gonorrhea. During the medieval times, it was used to heal sore gums and also to whiten teeth. Being used in the New World by the colonists in the medical context, it was also used by them for pure pleasure, especially since it wasn't taxed. Being native to Asia, the spearmint oil is even mentioned in the Bible. Spearmint grew wild in the United States after the 1600s.

Health Benefits of Spearmint Essential Oil: The health benefits of Spearmint Essential Oil can be attributed to its properties like anti septic, anti spasmodic, carminative, cephalic, emenagogue, insecticide, restorative and stimulant. Essential Oil of Spearmint is extracted by steam distillation of flowering tops of Spearmint plant, whose scientific name is Mentha Spicata. The main components of this oil are Alpha Pinene, Beta Pinene, Carvone, Cineole, Caryophyllene, Linalool, Limonene, Menthol and Myrcene. Although its aroma matches that of Pepper Mint, which is due to presence of Menthol, its Menthol content is negligible as compared to that of Pepper Mint Oil. Spearmint has been a substitute for peppermint in its unavailability and possesses similar medicinal properties, due to the presence of similar compounds in its essential oil. The instances of its use in ancient Greece have been found.

Origin of Spearmint Oil: It is a native of the Mediterranean area, and is a hardy perennial herb that reaches about 1 meter (3 feet) in height and has bright green lance-shaped, sharply serrated leaves and pink or lilac-colored flowers. Unlike peppermint, spearmint does not contain high amounts of menthol. The ancient Greeks used it to scent their bath water and it had a reputation for curing sexually transmitted diseases like gonorrhea. During the medieval times it was used to heal sore gums and also to whiten teeth.